It will seem like a radical thing to say out of the blue.

[Commentary] MLB Opening Day Postponed: Lack of Mutual Trust on the Emotional Side Is the Worst Factor (msn.com)

This is the first time I've ever seen such a thing. In short, it is a monopoly.

This is exactly what antitrust law hates the most.

This is exactly what antitrust law hates the most: the ability to do things unilaterally, no matter what the consumer says.

Recently, the most popular one is this one by Tim Wu.

The Curse of the Giant Corporations: How Big Tech Has Ruled the World (Asahi Sensho) 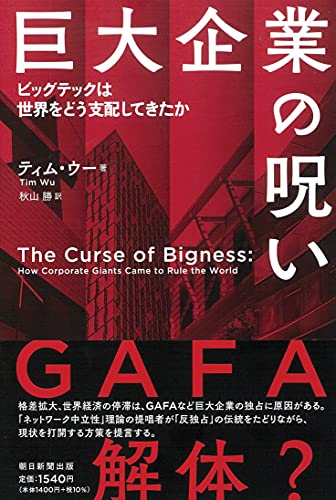 In this labor dispute, this harmful effect is obvious.

This time without fans, previous strikes.

The Tragedy of the Replacement Players

All of these problems are caused by the fact that this is the only baseball league that has the highest level of competition. At the very least, if the American League and National League were completely separate, including the governing body, this would not have happened. The American League and the National League would have been completely separate, including the governing body, and people would have left the league that treated them poorly, and the popularity of the other league would have increased. Soccer is a good example.

Do you want to create a Canadian League?

Since we are in this situation, why don't fans raise money through crowd funding, get a good lawyer, and sue the MLB organization under antitrust law?

The detriment to consumers would be obvious, and the trust of the owners would be assured. It's not going to win, but it would be a good way to shake things up.

At any rate, the lack of competition is the root of all evil, and I think we need a league to rival MLB.